SA:  When a Trump Republican says this: “Steady reductions in sea ice are opening new passageways and new opportunities for trade. This could potentially slash the time it takes to travel between Asia and the West by as much as twenty days.”

That’s Secretary of State Mike Pompeo on Monday May 6, 2019.  He offered no explanation of why the reductions of sea ice are happening. But from the looks of it in the picture below, he’s pretty chuffed that it is.  Cause, you know, aint nothing more exciting than getting crap here from China twenty days sooner.  That will make everything all right.  (P.S., he knows why its happening…or else he wouldn’t have said “steady reductions” in ice – that means he’s listening to scientists) 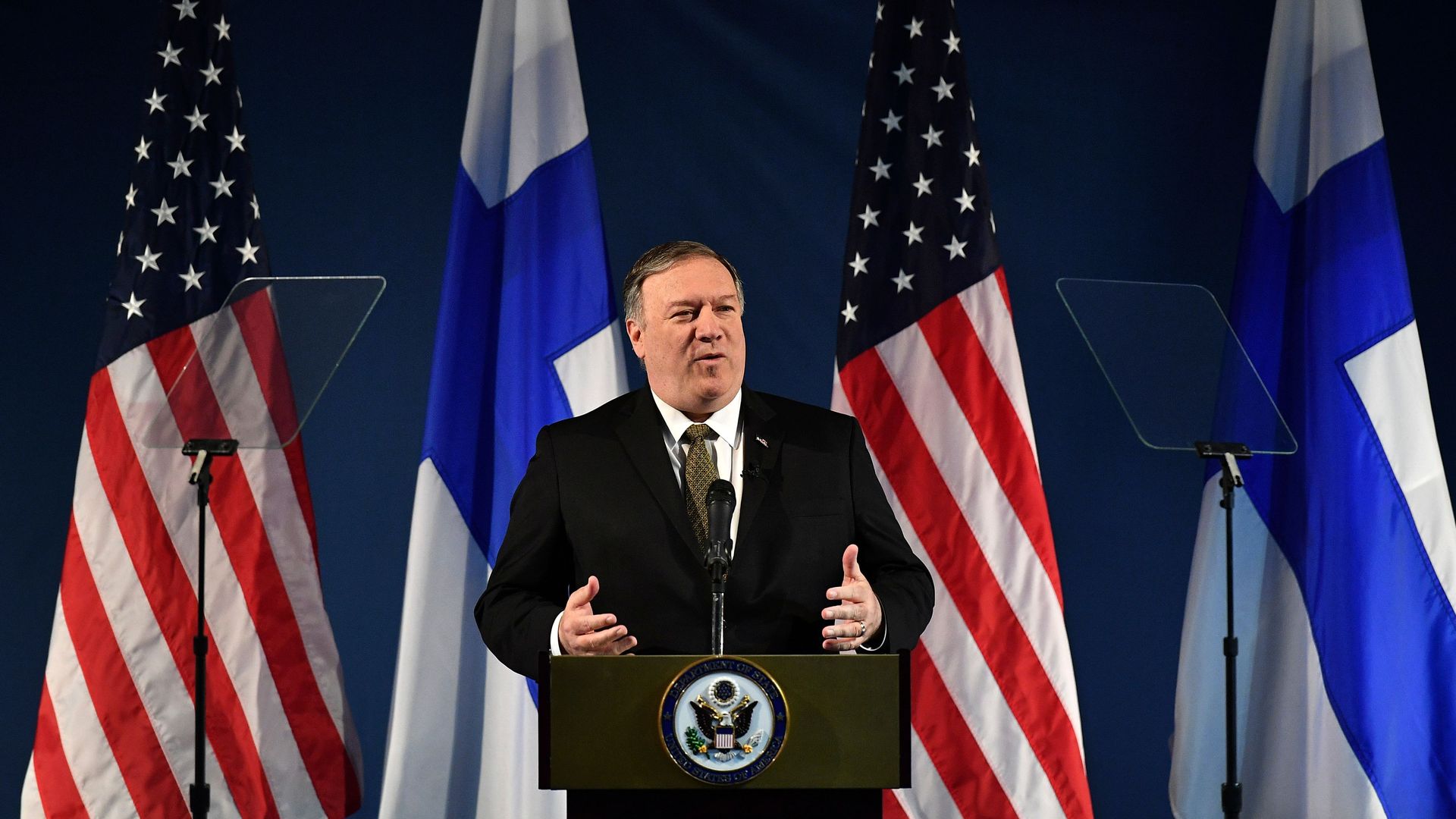 Bill McKibben eloquently tells us the rest of the story: “As the fastest warming part of the planet, it offers a terrifying preview of what’s coming. Its white ice once deflected most of the sun’s incoming rays back out to space; now the blue water that’s replaced it absorbs the incoming solar radiation, amping up global warming. Meanwhile, the melting permafrost produces clouds of methane, itself a potent greenhouse gas. The newly open Arctic Ocean alters weather patterns, catching the jet stream in a way that makes for prolonged drought or flooding at lower latitudes. The rapid melting of Greenland’s great ice sheet seems to threaten the continued operation of the great ocean currents that warm northern Europe. And on and on—of all the scary spectacles on our Earth, none tops a fast-thawing north. But not to Pompeo, who looks to the Arctic and sees oil, gas, gold, and diamonds. It’s as if Gollum were Secretary of State.”