There’s a report coming on Monday, October 8th from the IPCC on the world’s progress in meeting the Paris Climate Agreement’s goals.  Previews are not positive.  In fact they are down right doomer.

From Eric Holthaus at Grist:  Right now, scientists are trying to find the precise words to describe an impending catastrophe and the utterly heroic efforts it would take to avert it.

“We’re talking about the kind of crisis that forces us to rethink everything we’ve known so far on how to build a secure future,” Greenpeace’s Kaisa Kosonen told AFP in response to a draft of the report. “We have to try to make the impossible possible.”

UPDATE:  “The report shows that we only have the slimmest of opportunities remaining to avoid unthinkable damage to the climate system that supports life as we know it,” said Amjad Abdulla, the IPCC board member and chief negotiator for the alliance of small island states.

“Limiting warming to 1.5C is possible within the laws of chemistry and physics but doing so would require unprecedented changes,” said Jim Skea, co-chair of the IPCC working group which assesses climate change mitigation.

Meeting the 1.5C limit required “rapid, far-reaching and unprecedented” change in land and energy use, industry, buildings, transport and cities, it said, adding temperatures would be 1.5C higher between 2030 and 2052 at the current pace. 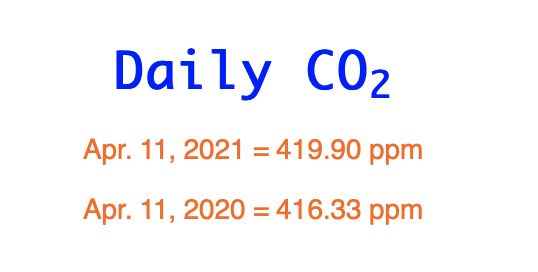