Climate scientist Cliff Mass at the UW has released figures showing just how much warming the eastern side of Washington State has seen over the last 40 years.  In his words:  “Between 1970 and roughly 2000 there is very little change in observed or modeled temperatures at Spokane, and roughly1.7F (.94C) warming between 2000 and now in most of the simulations. Since natural variability will differ between the simulations, the 1.7F average of all of the runs is a reasonable estimate of the impact of global warming until now. And note how the warming revs up later in the century if the aggressive increase in greenhouse gases continues (about 7F warming!).”

(note: this data was produced to show that, in Dr Mass’s estimation, “human-caused climate change is undoubtedly NOT a major driver of the increased wildfires and wildfire smoke we have seen during some recent years. In the FUTURE, as temperatures warm profoundly (particularly during the second half of the century), the influence of human-produced global warming on our wildfires will clearly increase substantially.” I’ll leave the whole debate around these logical gymnastics to another day.)

This should be an absolute game changer for architecture, city planning, water resource planning, and electricity planning in eastern Washington.  Our homes and other buildings will need to be designed and retrofitted to keep out the heat.  Our cities will need to do everything possible to reduce urban heat island effects.  More heat means more surface water lost through evaporation.  More heat means warmer winters, with less snowpack, meaning less summer flow.  Increased demand for cooling will stress our electric grid – and a response might be much higher electricity prices, meaning the poor and those on fixed incomes might be left hot.  In light of all this:  are we prepared? We must begin now to climate proof our cities.

As to the causes, as Dr. Mass points out, a business as usual future means increasing the amount of CO2 in the atmosphere every year.  We could perhaps help our grandchildren to avoid this radical fate by choosing to quit fossil fuels.  But we’ll probably not, instead relying on last minute magic.  In Dr. Mass’s words:  “The solutions will be technological, with new energy sources displacing fossil fuels. And eventually we will learn how to pull CO2 from the atmosphere on an industrial scale.”

This is utter nonsense from a 66 year old scientist who should know better.  There are no energy sources that will displace fossil fuels:  we don’t get to keep the “modern” world without fossil fuels.  Nor is there a CO2 removal technology on any meaningful time horizon to help us avoid the highest amounts of warming if we continue to burn fossil fuels unabated while we wait. 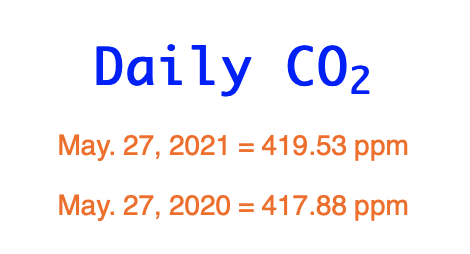