By Albert Bates, originally published by The Great Change

Excerpt from Optimized Potentials for Soil Sequestration of Atmospheric Carbon, Bates, et al.:  …a reversal of carbon dioxide and other greenhouse gases is feasible using a socially responsible, economically productive and ecologically restorative agroforestry system we called “Climate Ecoforestry.” This system, if carried to the scale of 300 megahectares (about 1.2 million square miles, or tree-planting an area roughly the size of four Frances or five Spains) every year for the next 25 years, we could achieve the cumulative storage of 667 PgC (gigatons of carbon) required to bring atmospheric CO2 back to pre-industrial 250 ppm (parts per million). Were nations to collectively reduce fossil fuel emissions in line with the Paris Agreement, the reduction to 250 ppm could be achieved by year 37. In all cases, carbon would be stored in the world’s soils and living biomass and could provide many additional benefits beyond sequestration. (END EXCERPT)

Is there enough land for all that conversion to field and forest? Four Frances or five Spains. Per year? Well, it turns out, we do have that much, sitting at the margins, wrecked by bad land use practices, being slowly desertified by climate change, or otherwise neglected and abandoned.

Scientists have estimated that the amount of underused land immediately available for ecological restoration is at least 1.5 Gha (1.5 billion hectares or 30 Spains) worldwide [Smith et al. 2012]. That gives a 5-year start on climate ecoforestry at full scale and gets you to the step-harvest stage, although naturally, the ramp-up would proceed gradually. We are hopeful that once the causes and effects of climate change, and the eco-agroforestry benefits and increased soil productivity, become better known, large numbers of people will mobilize and allow parts of their landholdings to convert, and over a few decades that could reach the required 4.8 Gha needed, by our estimate, to restore pre-industrial equilibrium.

Hans-Peter Schmidt, provided a spectacular webinar for the International Biochar Initiative that reviewed a number of his recent publications and some still in progress. He was able to reduce the land required to be used for climate regeneration by a third to a half. The significance was underscored in a meeting I attended a day later by the advisory and supervisory boards of the Ecosystem Restoration Camp movement. ERC envisions 1 million people engaged in ecosystem regeneration camps within a decade. The first is already running in Spain and another 70 around the world are anticipated to launch. The IBI also has a big number goal — one billion tons of biochar produced per year within 50 years. The two numbers go very well together. And yet, they are not nearly enough. We will all need to raise ambition.

The world’s insects are hurtling down the path to extinction, threatening a “catastrophic collapse of nature’s ecosystems”, according to the first global scientific review.

More than 40% of insect species are declining and a third are endangered, the analysis found. The rate of extinction is eight times faster than that of mammals, birds and reptiles. The total mass of insects is falling by a precipitous 2.5% a year, according to the best data available, suggesting they could vanish within a century.

The planet is at the start of a sixth mass extinction in its history, with huge losses already reported in larger animals that are easier to study. But insects are by far the most varied and abundant animals, outweighing humanity by 17 times. They are “essential” for the proper functioning of all ecosystems, the researchers say, as food for other creatures, pollinators and recyclers of nutrients.

From the Institute for Public Policy Research:  Mainstream political and policy debates have failed to recognise that human impacts on the environment have reached a critical stage, potentially eroding the conditions upon which socioeconomic stability is possible.

Human-induced environmental change is occurring at an unprecedented scale and pace and the window of opportunity to avoid catastrophic outcomes in societies around the world is rapidly closing. These outcomes include economic instability, large-scale involuntary migration, conflict, famine and the potential collapse of social and economic systems. The historical disregard of environmental considerations in most areas of policy has been a catastrophic mistake.

In response, this paper argues that three shifts in understanding across political and policy communities are required: of the scale and pace of environmental breakdown, the implications for societies, and the subsequent need for transformative change.

Here is The Guardian’s reporting by Jonathan Watts:

The gathering storm of human-caused threats to climate, nature and economy pose a danger of systemic collapse comparable to the 2008 financial crisis, according to a new report that calls for urgent and radical reform to protect political and social systems.

The study says the combination of global warming, soil infertility, pollinator loss, chemical leaching and ocean acidification is creating a “new domain of risk”, which is hugely underestimated by policymakers even though it may pose the greatest threat in human history.

“A new, highly complex and destabilised ‘domain of risk’ is emerging – which includes the risk of the collapse of key social and economic systems, at local and potentially even global levels,” warns the paper from the Institute for Public Policy Research. “This new risk domain affects virtually all areas of policy and politics, and it is doubtful that societies around the world are adequately prepared to manage this risk.”

Until recently, most studies of environmental risk tended to examine threats in isolation: END_OF_DOCUMENT_TOKEN_TO_BE_REPLACED

Muscle Power.  “As fossil energy declines, muscle power will increasingly have to replace it.”

From Horsepower to Horse Power. When Trucks stop, Horses start. “Just as horses were indispensable the past millennia, so have the cars and trucks of the 20th century become essential to our way of life. If one horsepower equals the power one horse can generate (this is roughly true), then the 268.8 million cars and trucks in the United States, let’s say with an average horsepower of 120 HP, then that’s nearly 32.3 billion horses. If each needs an acre of pasture, then that’s over 50 million square miles of land. But the U.S. is only 3.5 million square miles. Clearly we can’t go back to horses – except we have to at some point because oil is finite (I’m assuming you’ve read my book “When Trucks Stop Running: Energy and the Future of Transportation” to understand why biofuels, CTL, batteries, overhead wires, natural gas, and hydrogen can’t replace petroleum powered internal combustion engines).” 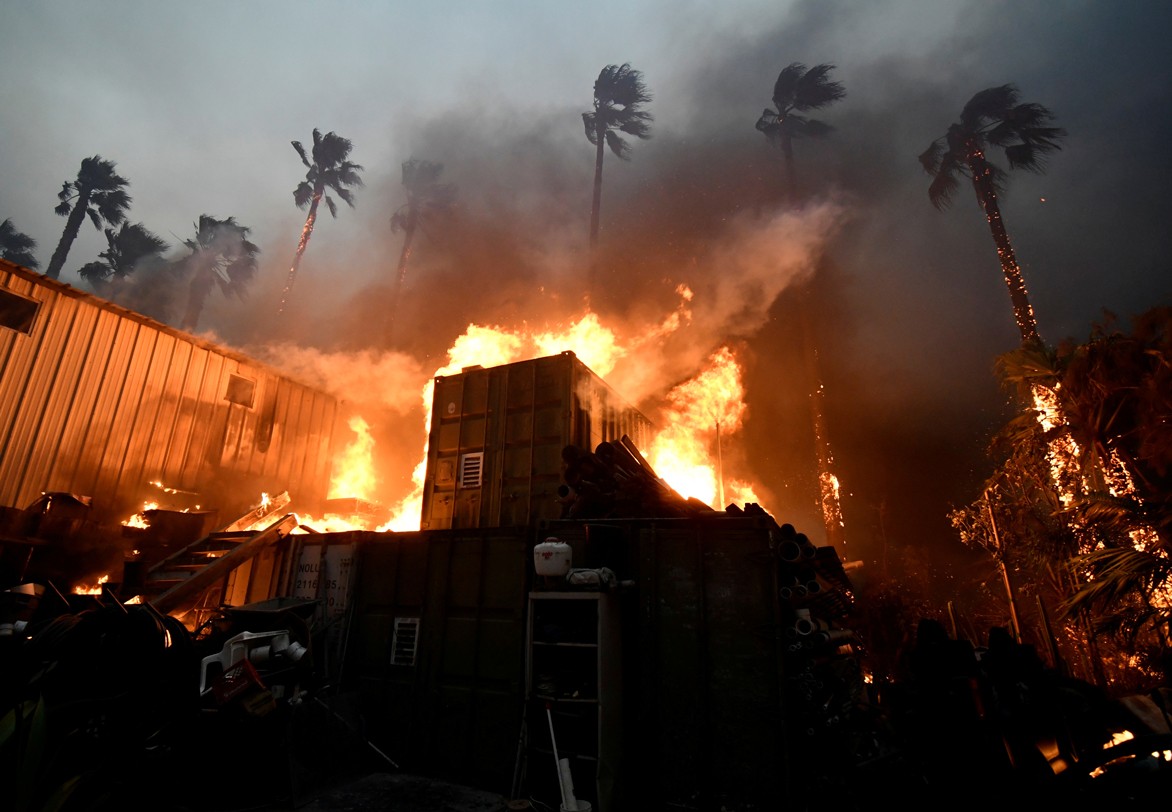 By Yangyang Xu, Veerabhadran Ramanathan and David G. Victor in Nature: “the latest IPCC special report underplays another alarming fact: global warming is accelerating [italics mine] Three trends — rising emissions, declining air pollution and natural climate cycles — will combine over the next 20 years to make climate change faster and more furious than anticipated. In our view, there’s a good chance that we could breach the 1.5 °C level by 2030, not by 2040 as projected in the special report (see ‘Accelerated warming’). The climate-modelling community has not grappled enough with the rapid changes that policymakers care most about, preferring to focus on longer-term trends and equilibria.”

Via Alex Steffen  – Mapping global temperature changes every year from 1850 to 2017.  The last 5 years have all been the hottest 5 years ever recorded.  Climate change is here, its bad, and it is increasing faster than predicted.

“A new Dark Age will descend on most of the planet as never before,” warned Philippines’ foreign minister, Teodoro Locsin at the January 25th UN Security Council meeting. “And unlike in the past, the darkness will never be lifted. No age of enlightenment will follow. Human life won’t be worth living except for brutes. And there are quite a few of those already in countries denying climate change and refusing its challenges.”

This is in response to a new report reported by Climate Progress: “Scientists Find that We are Living Through a Record-Setting Period of Significant Warmth”